We all know the UK’s more famous museums, The Natural History Museum, The Victoria and Albert Museum and The Science Museum, but Britain is packed with fascinating museums that don’t often get as much attention. So, we went off the beaten track in search of some of the best museums for schools that you might not have heard of yet.

This fascinating and colourful museum is split over 3 main galleries and depicts the history of British cartoons, covering every kind of comic such as the Beano, Private Eye, Viz and 2000AD. The humour covers topical and political satirists, to alien invasions and family favourites Denis the Menace and Beryl the Peril. Regular events and workshops are especially designed for school and college groups.

While many a school trip chaperone might claim the day leads them to lose theirs, in Devon it’s all about finding marbles. This fascinating collection isn’t all glass orbs, you’ll also find classic toys, puzzles, board games and beautifully artistic and intricate marble runs. There’s also a games garden and glass blowing, offering something for kids of all ages.

A true history of the world of computers from Turing to Gates and everything in between. Computer and software companies covered include Amstrad, Wang, Apple, Sinclair, Atari, BBC, Siemens plus the minds and personalities of the innovators and programmers that have helped pave the information superhighway that is an integral part of how we shop, communicate, travel and educate.

A branch of the V&A, the Museum of Childhood is the largest institution of its kind in the world. Featuring some of the world’s favourite toys, dolls, furniture and a history of schools and education. There are a number of interactive installations as well as regular demonstrations and workshops in what is naturally a very school friendly facility.

A complete history of British consumerism and commerce. The museum takes a look at over 12,000 products and their creative and evolving use of advertising, packaging and product placement from the charm of the Victorian building painters, to country stores and giant supermarkets. A study of consumers, product creators and marketeers to help shape future business minds.

Situated in the building that was once the Lambeth workhouse that was home to the young Charlie Chaplin, the collection is a celebration and history of cinema from the 1890s to modern day multiplexes. Publicity posters, signs, uniforms, projectors, even seating and carpets plus over 17 million feet of film. This is the story of both the social place of our cinemas and the businesses and people behind the screens.

The 40-acre open air museum is home to over 50 rural buildings across the ages, from a replica Anglo-Saxon lodge to a Victorian smithy. Many buildings have been careful moved from sites around the UK and rebuilt at the museum. The interiors have been painstakingly recreated and regular workshops and demonstrations take place throughout the year.

Not all museums have to be about the past, in fact some might argue The Doctor Who museum is almost timeless (or should that be ‘time full’?). With artefacts dating back to the 1960s through to Torchwood, Whovians can come face to face with props, costumes and some of the aliens and time travellers found across space and time.

The world’s largest collection of items relating to witchcraft, magic and the occult are housed in this friendly and unimposing building. The museum has been in existence since 1960, is set over two floors with 25 permanent displays and over 3,000 items. It brings its subject to life in a wonderful way. It’s no surprise that the best time to visit is on Halloween, when the museum throws a huge extravaganza.

Now while we all know the words, “You don’t know how easy you have it…” should never be used, this wonderful museum will do the talking for you. The museums buildings were of the ‘ragged schools’ created by Thomas Banardo and opened its doors in 1877. Modern day pupils can enter a Victorian class room and sit through a class, the way it would have been taught more than 100 years ago.

Recognised in the Guinness Book of Records for homing the world’s largest collection of gnomes, this might not be the most educational of museums on our list but it’s certainly one of the friendliest. The Museum even offers visitors the loan of fishing rods so that the permanent residents will believe you’re one of them when posing for photos. While the reserve also features some extraordinarily rare terracotta gnomes dating back to the 1800s.

Wellcome Collection is a free museum and library for the incurably curious. Inspired by the medical objects and curiosities collected by Henry Wellcome, it connects science, medicine, life and art. Wellcome Collection is part of Wellcome, a global charitable foundation that exists to improve health for everyone by helping great ideas to thrive

“The game’s afoot!”. Young super sleuths can learn from the very best at this museum which can be found at none other than 221b Baker Street, the fictional residence of the great Sherlock Holmes himself. Guests can visit his study as it was imagined by Sir Arthur Conan Doyle himself. There are many clues to the great novels that have captured minds for generations.

The site is an independently set up project for discussion, debate and information about architecture, planning, development and construction. They run a year-round program of events focusing on architecture, building and planning in and around London with everything from housing to restoration and infrastructure.

The Bank of England Museum contains unique displays and exhibits explaining the Bank of England’s role in maintaining the nation’s monetary system and financial stability through to our banknote gallery and gold vaults through the ages as well as the people that have shaped its history over more than 300 years. 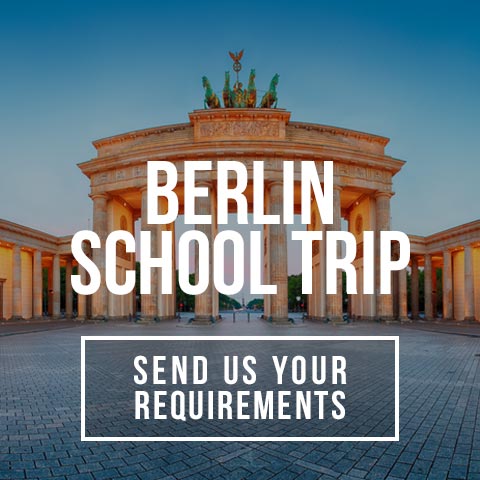